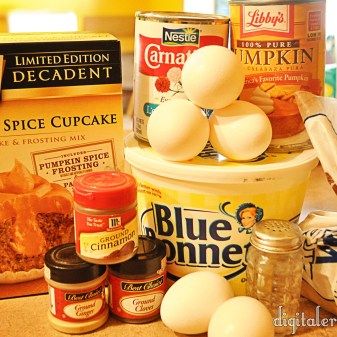 If you were keeping an eye on my Instagram and Twitter at the end of last month, you probably know that in September, I got to visit the Duncan Hines Test Kitchen for the SECOND year in a row. It was such a fantastic experience the first year around, so I knew the second yearRead more
For more information visit : SOURCE

I love the flavors of fall. Cinnamon, allspice, and cloves add such a wonderful autumn bite to baked goods, kind of like a cozy sweater that hugs your taste buds. Those fall spices also leave your kitchen smelling fantastic. If you want to "spice" up your typical sugar cookie recipe this season, here's a great, tasty alternative. I've posted my pumpkin spice cookie recipe a few years ago, but I've made a few tweaks to the original recipe since then. For a little extra kick, I threw in some toffee bits this time around for added caramel flavor. Here's my Pumpkin Spice Toffee Roll-Out Cookie recipe. 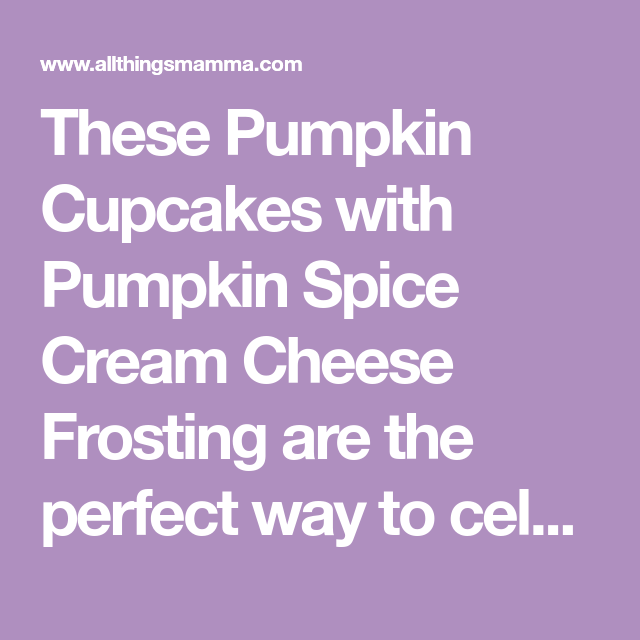 These Pumpkin Cupcakes with Pumpkin Spice Cream Cheese Frosting are the perfect way to celebrate fall! Whip up a batch this weekend - you'll love them! 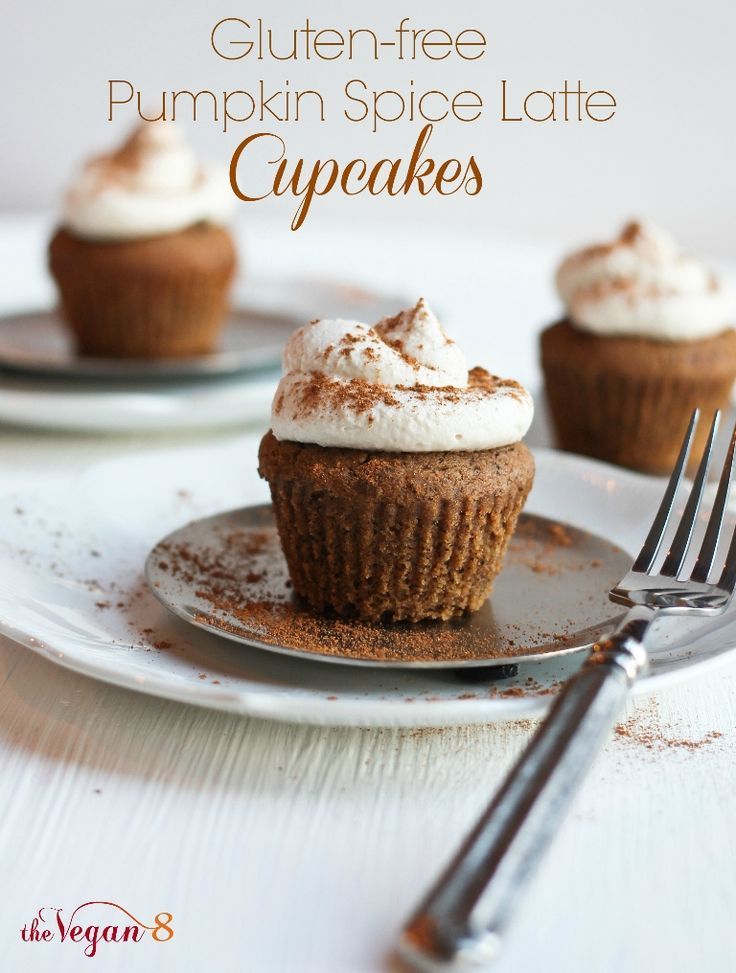 These Vegan Gluten-Free Pumpkin Spice Latte Muffins or cupcakes with the Coconut Whipped Frosting, are also oil-free and grain-free! They are just 8 easy ingredients. 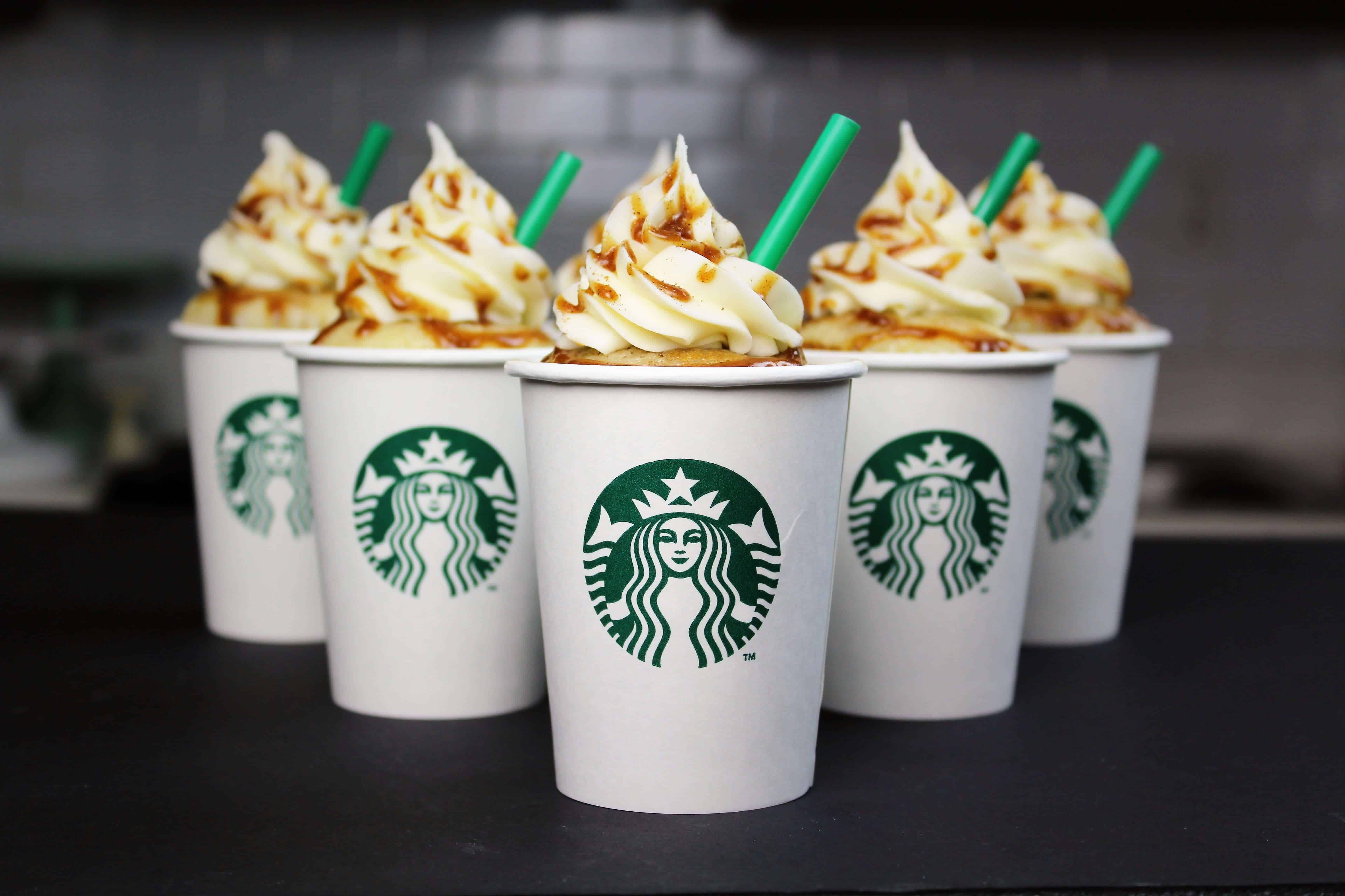 28K+Save I realized this week that it has been almost two months since I made cupcakes. What the what? It's not like I haven't made desserts in all that time, but there's something special about cupcakes! These cupcakes are like the essence of fall baking. The combination of cinnamon and pumpkin is so homey and comforting! 28K+Save These cupcakes are moist but still light, and hold together well. Plus the sweet pumpkin flavor is amazing! I mentioned in this post that I'm not a huge fan of sweetened cream cheese, but I absolutely adored the cinnamon cream cheese frosting. It is seriously incredible! I whipped it until it was light and airy, and it was the perfect complement to the pumpkin cupcakes. 28K+Save These cupcakes would be perfect for a Thanksgiving dessert, or just a fun treat to celebrate fall! Pumpkin Spice Cupcakes adapted from Savor Home for the cupcakes: 1 cup flour 1 teaspoon pumpkin pie spice 1 teaspoon baking powder 1/2 teaspoon baking soda 1/2 teaspoon salt 1/2 teaspoon cinnamon 1 cup pumpkin puree 1/2 cup brown sugar, packed 1/2 cup sugar 1/2 cup vegetable oil 2 eggs for the cinnamon cream cheese frosting: 6 tablespoons butter, softened 4 ounces of cream cheese, softened 2 cups powdered sugar (more as needed) 1/2 teaspoon vanilla 1 1/2 teaspoons cinnamon Preheat oven to 350. Prepare a muffin tin by lining with paper liners. Whisk together flour, pumpkin pie spice, baking powder, baking soda, salt, and cinnamon in a small bowl and set aside. In a large bowl or the bowl of a stand mixer, combine pumpkin puree, brown sugar, sugar, vegetable oil, and eggs, and mix until well blended. Mix in flour mixture until combined. Scoop into prepared muffin tin, filling 3/4 full. Bake 18-20 minutes, or until a toothpick inserted into the center comes out clean. Remove and let cool on a rack. For the frosting, beat together the butter and cream cheese until light and fluffy. Add the powdered sugar slowly and beat until light and fluffy. Beat in the vanilla and cinnamon. If necessary, add more powdered sugar until the frosting is firm enough to hold its shape but still light and fluffy. Frost the cooled cupcakes and enjoy! Hungry for more from The Baker Upstairs? Facebook | Pinterest | Twitter | Google + 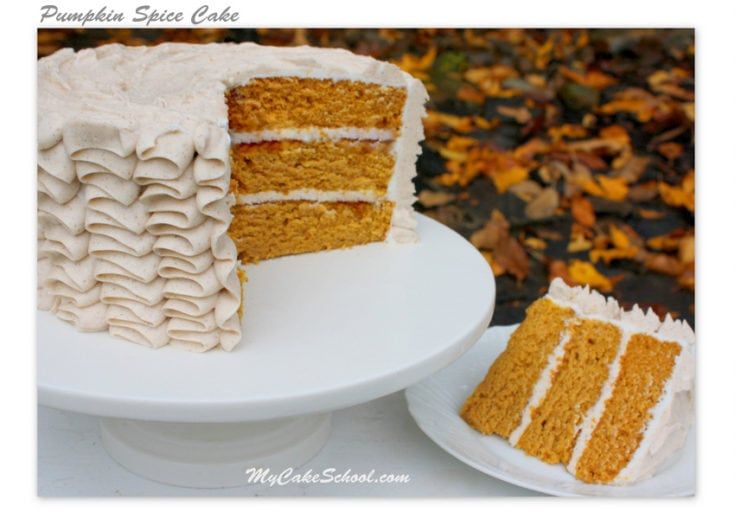 This scratch Pumpkin Spice Layer Cake is the BEST! 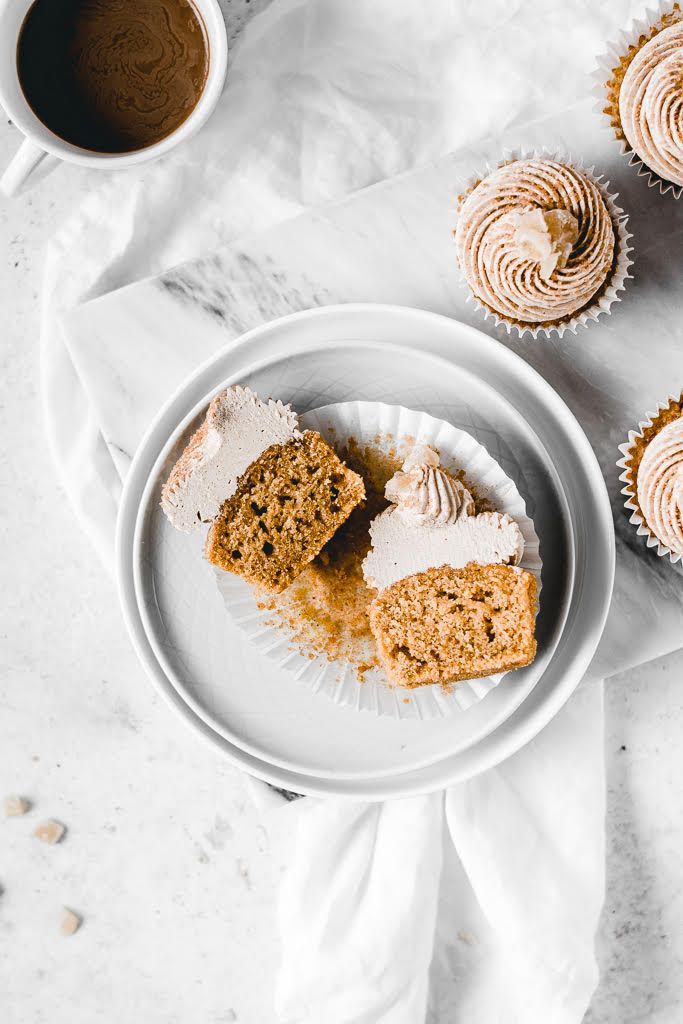 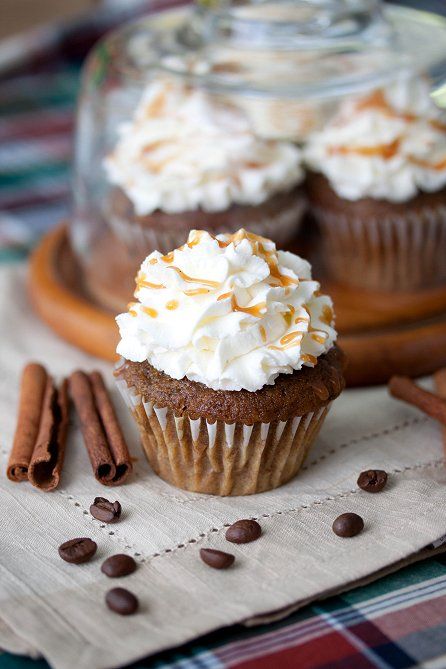 I’d had my heart set on making these cupcakes when Annie posted them last year. Sadly, pumpkin season fizzled out before I had the opportunity to make them last fall. So, I made sure that they were at the top of my “most bake” list for this year! So glad that I did too, because they are wonderful. A hefty dose of espresso powder goes into the cupcake batter, to really give the strong coffee flavor that I crave when I hear the word “latte”. Then, to add all those warm and inviting flavors to the party – like pumpkin, cinnamon, and nutmeg. Topped all off with a whipped cream frosting and a drizzle of caramel sauce? How can you say no? So now you can have your Pumpkin Spice Latte, and eat it too. I hope that everyone enjoys these as much as we did! They pretty much make the b est breakfast ever (just sayin’). We’re looking forward full of pumpkin festivities this weekend. Hopefully, we’ll be brewing our pumpkin ale on Sunday, provided that we can find Sugar Pumpkins. So, keep your fingers crossed for us on that front. Have a great weekend, everyone! Print Pumpkin Spice Latte Cupcakes 2 2/3 cups all-purpose flour 3 tbsp. espresso powder 2 tsp. baking soda 2 tsp. baking powder 1 tsp. ground cinnamon 1/8 tsp. grated nutmeg 1/8 tsp. ground cloves 1 tsp. salt 1 (15 oz.) can pumpkin puree 1 cup sugar 1 cup brown sugar 1/2 cup vegetable oil 1/2 cup buttermilk 4 large eggs ½ cup coffee or espresso, for brushing For the frosting: 2¼ cups heavy cream, chilled ¼ cup confectioners’ sugar For garnish: Ground cinnamon Caramel sauce Preheat the oven to 350°F. Line cupcake pans with paper liners. In a medium bowl, combine the flour, espresso powder, baking soda, baking powder, cinnamon, nutmeg, cloves and salt. Stir together and set aside. To the bowl of an electric mixer fitted with a paddle attachement, add the pumpkin, granulated sugar, brown sugar, buttermilk and oil. Mix to combine. Add the eggs one at a time, beating well after each addition. With the mixture on low speed, add the flour mixture in two additions, mixing just until incorporated. Fill the cupcake liners 2/3 of the way full. Bake for 18-20 minutes, until a toothpick inserted into the center of a cupcake comes out clean. Transfer the pans to a wire rack and let cool for 10 minutes, then remove the cupcakes from the pans. While the cupcakes are still warm, brush them two or three times with the coffee or espresso, allowing the first coat to soak in before repeating. Let cool completely. For the frosting, place the heavy cream in the bowl of an electric mixer fitted with the whisk attachment. Whip on medium-low speed at first, gradually increasing to high speed. Blend in the confectioners’ sugar gradually. Whip until stiff peaks form, being careful not to over-beat. Use a pastry bag fitted with a decorative tip to frost the cooled cupcakes. Sprinkle with ground cinnamon and drizzle with caramel sauce. Store in an airtight container and refrigerate. Source: adapted from Annie’s Eats

Pumpkin Spice Dump Cake • The Diary of a Real Housewife

The easiest dessert you will make this fall! This Pumpkin Spice Dump Cake is packed with fall flavor that you are going to love. #dumpcake 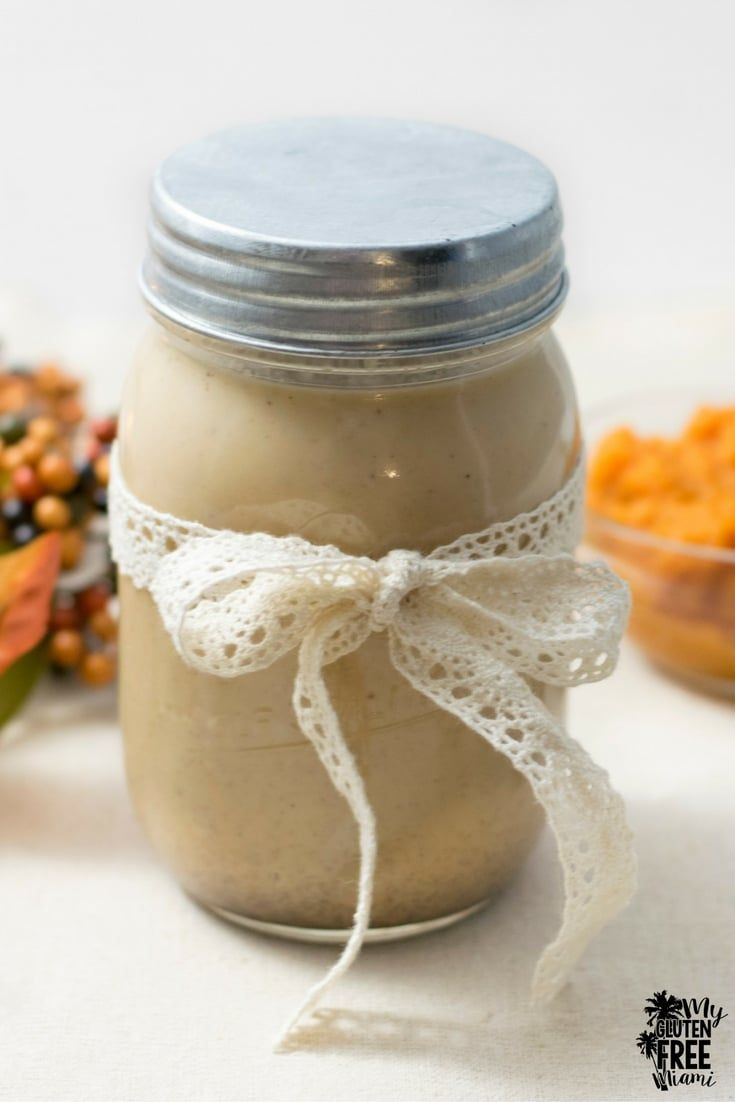 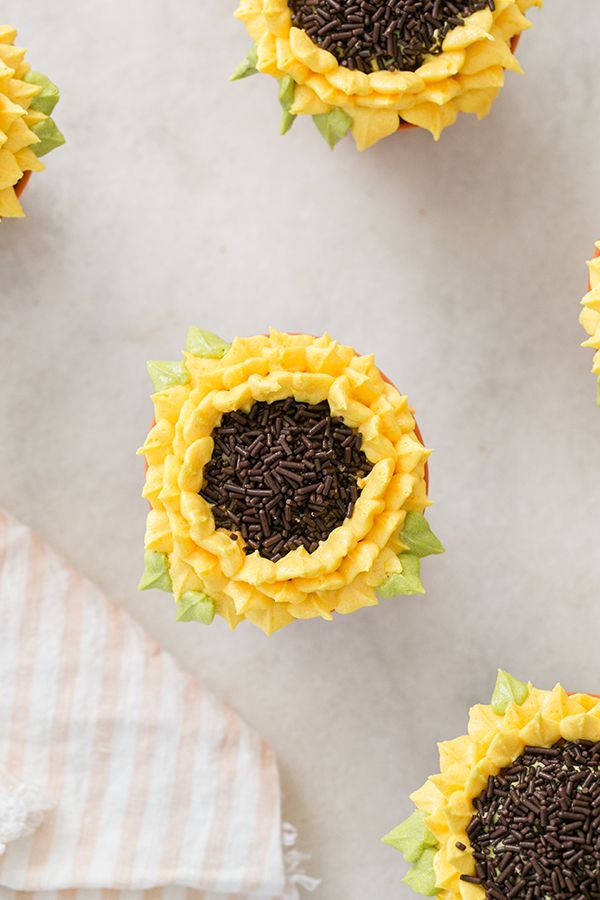 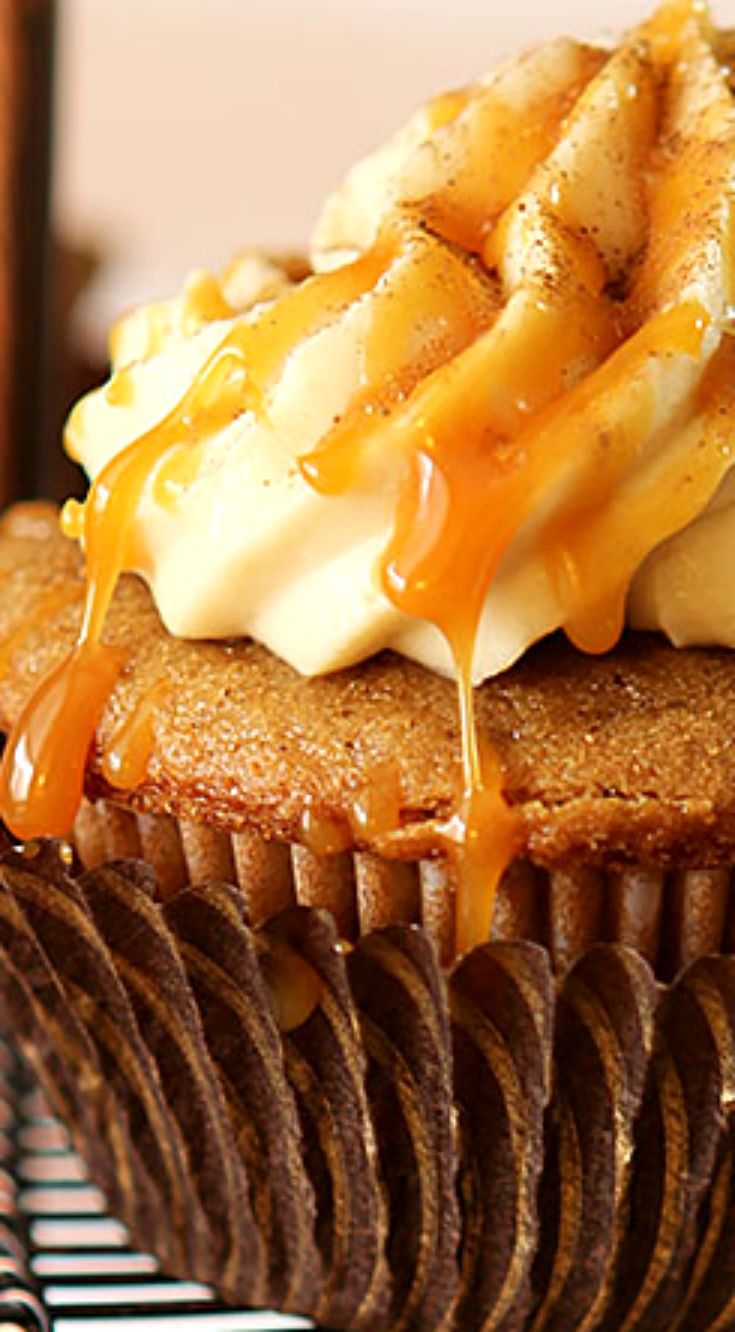 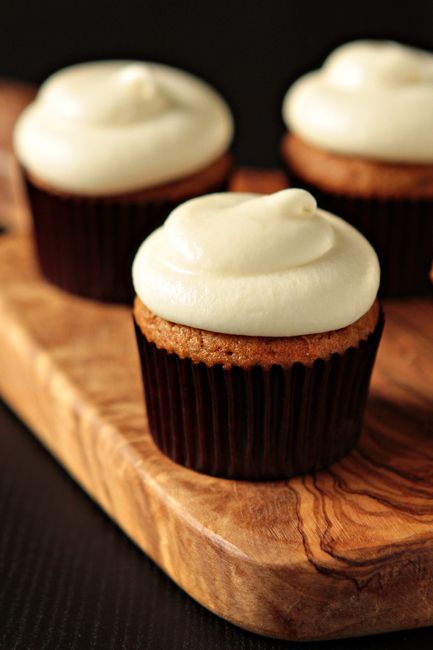 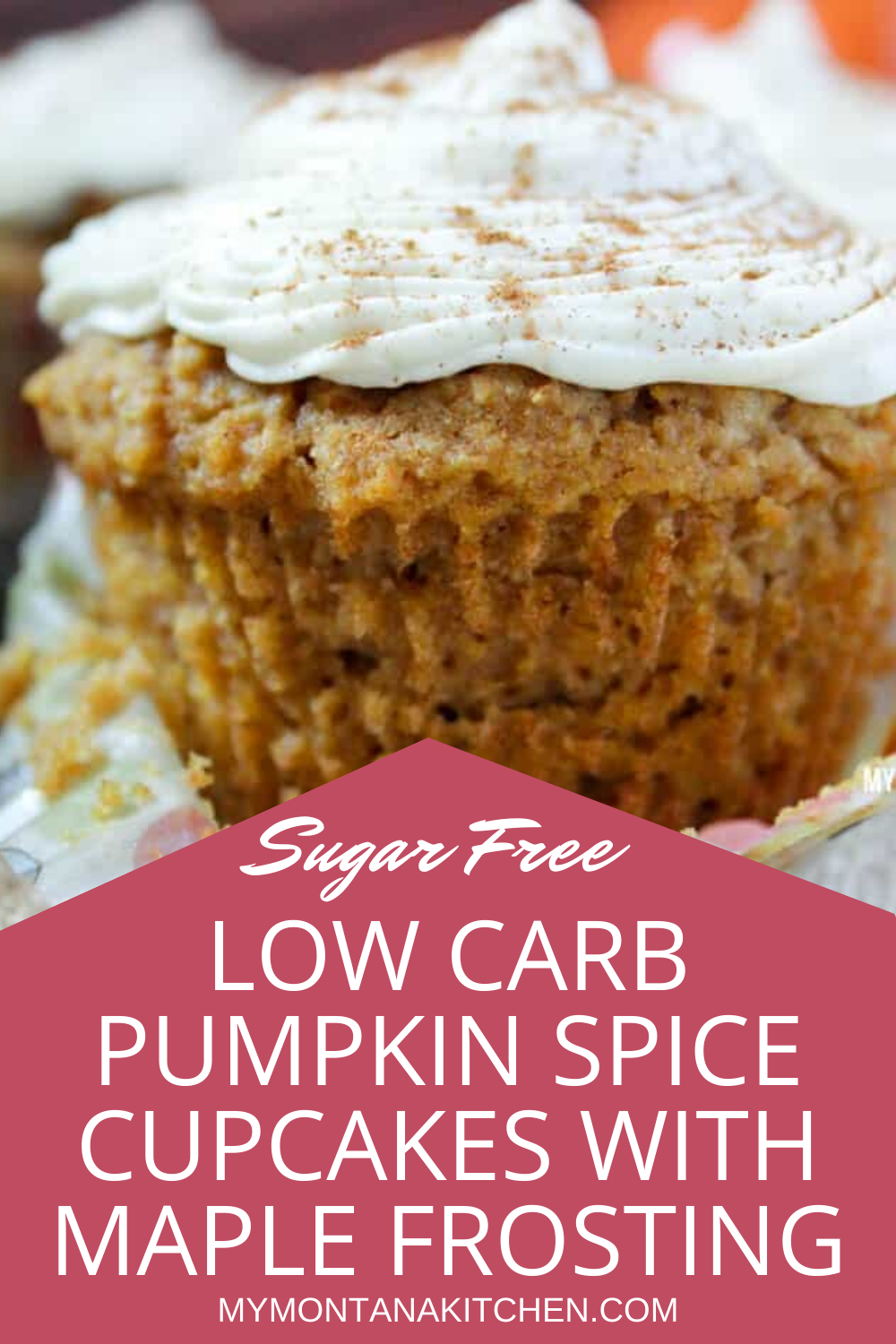 These pumpkin spice cupcakes are a tender burst of flavor in your mouth! Perfect with a good cup of coffee for an afternoon treat. This recipe is low carb and sugar free! #pumpkinspicecupcakes #sugarfreedessertrecipe 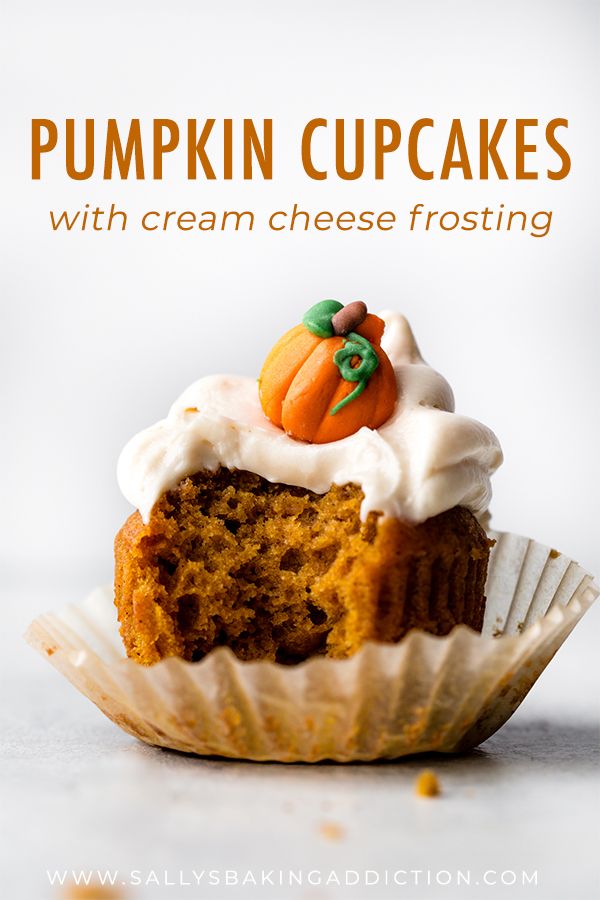 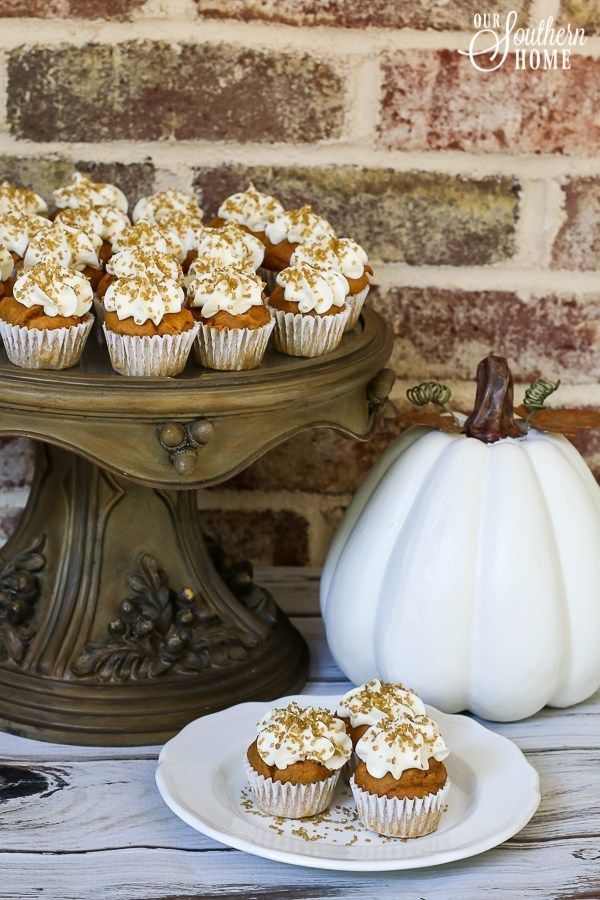 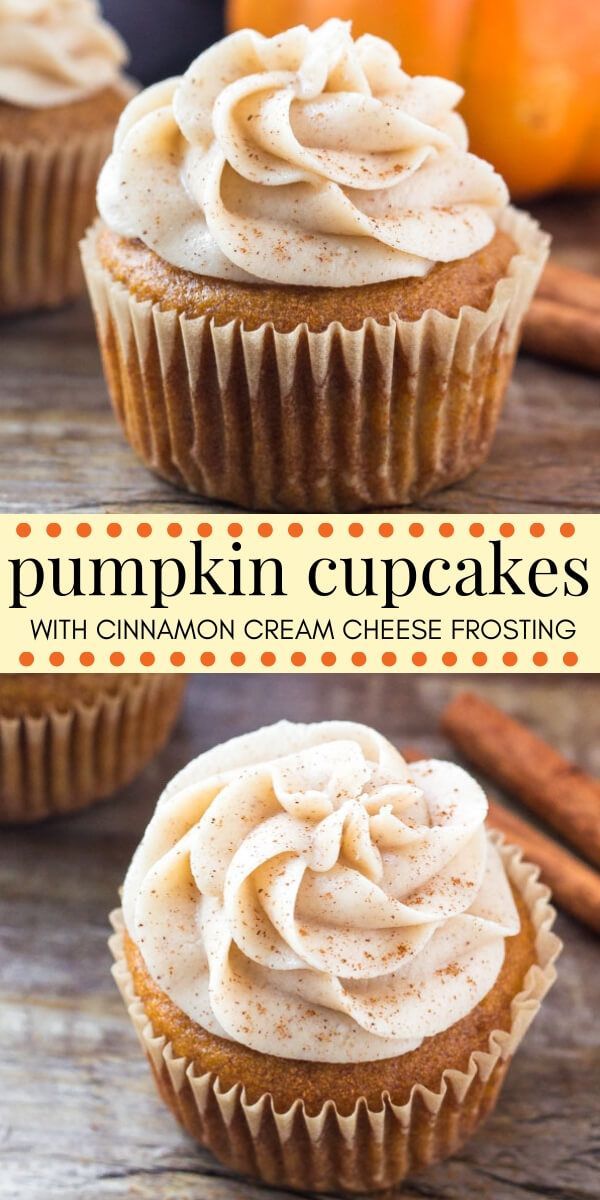 These pumpkin cupcakes with cinnamon cream cheese frosting are the only pumpkin cupcake recipe you need. They're moist, extra soft, filled with pumpkin spice and topped with the fluffiest, creamiest frosting around. 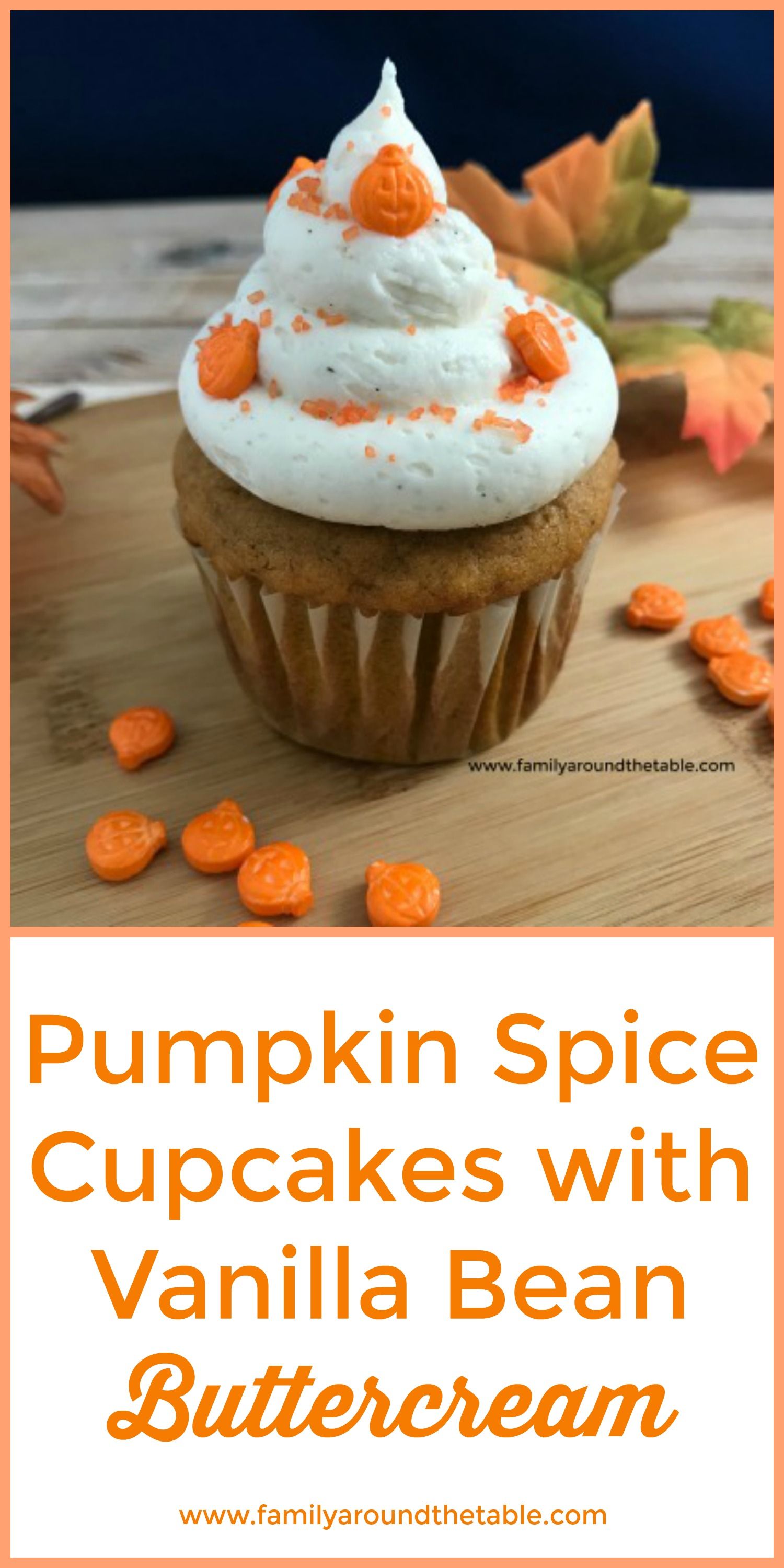 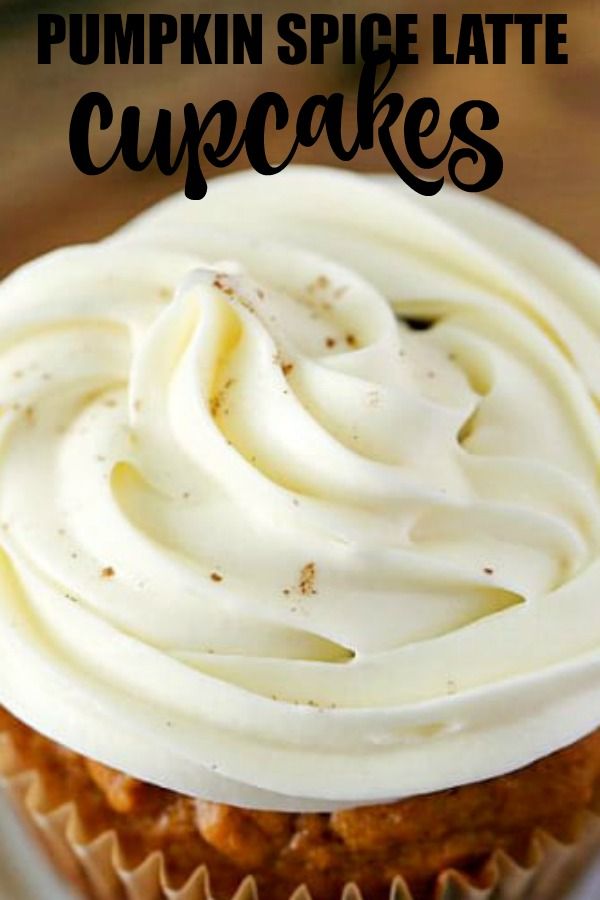 Pumpkin Spice Latte Bundt Cake is a scrumptious dessert that tastes just like the classic holiday latte! A pumpkin spice cake batter is poured into bundt pan and cooked to perfection. Whip up an espresso-infused cream cheese frosting and pour and spread it all over the top. Each slice will be like a warm pumpkin spice latte in your hands! 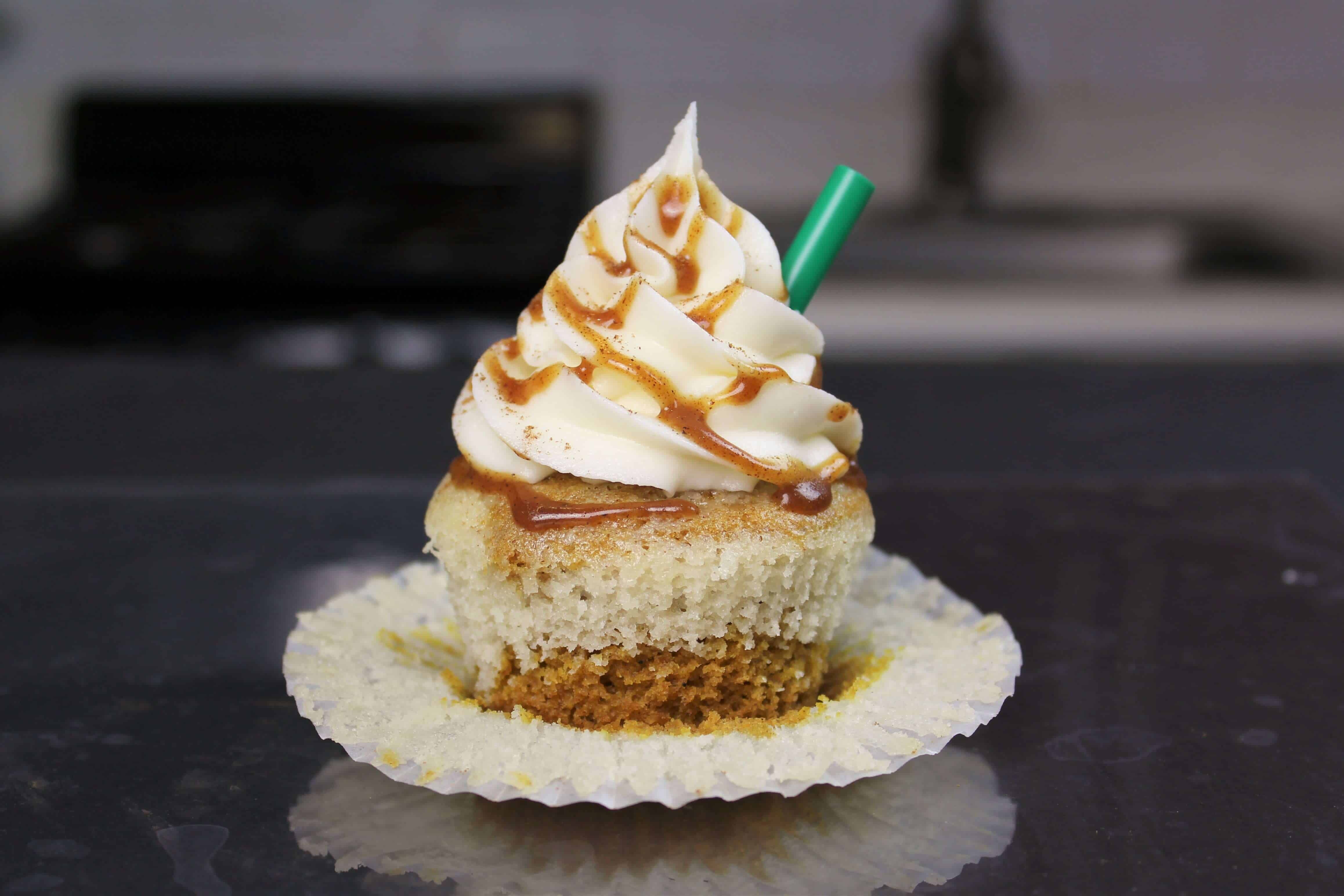 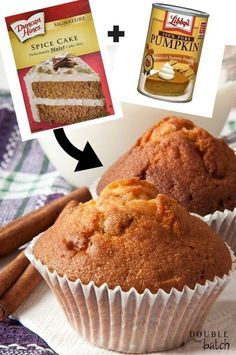 Looking for the easiest pumpkin spice muffins you have ever set eyes on? This 2-ingredient recipe will blow your mind!

Pumpkin Spice Donuts covered in a buttery, seasonally spiced glaze frosting! These donuts are baked, not fried, for a slightly lighter breakfast treat!

Soft & fluffy Pumpkin Spice Donuts covered in a buttery, spiced glaze frosting!  These donuts are baked, not fried, for a slightly lighter breakfast treat! via @realhousemoms 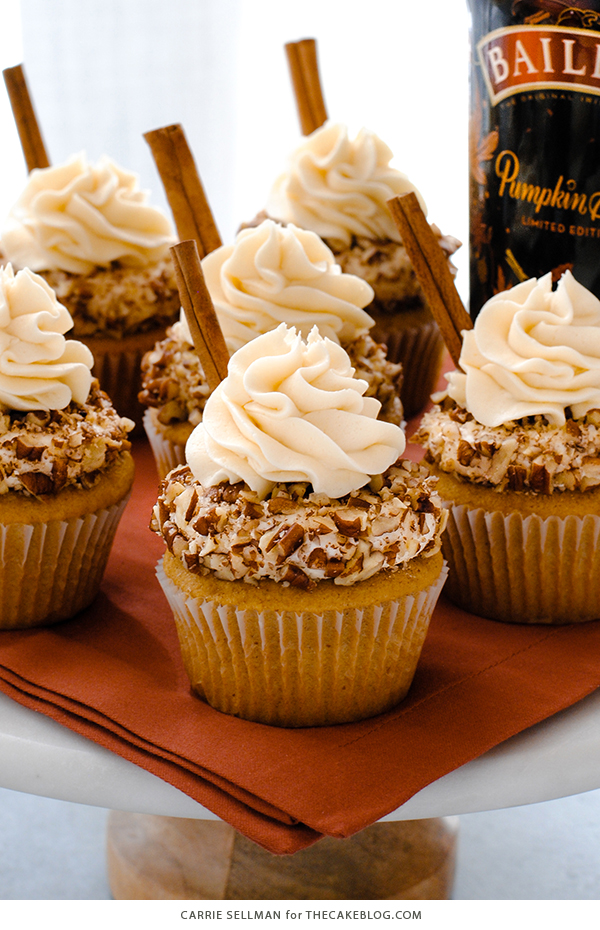